Feline Behavior Problems: House Soiling and Many Other Behavior/Medical Issues to be Aware of…

House soiling is the most common behavior problem reported by cat owners. The solution to your cat?s problem will depend on the underlying causes of their behavior. It is also one of the most common reasons for a pet owner to surrender their cat to our shelter. 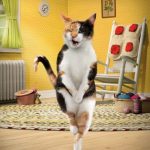 Why do cats eliminate outside the litter box?
Your cat may have litter box trouble for any number of reasons, including medical problems, an aversion to the litter box, or a preference for urinating or defecating in places outside the box. 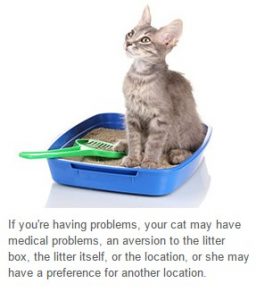 Any medical condition that interferes with a cats normal urination or defecation behavior can cause litter box problems. Inflammation of the urinary tract, for instance, can make urinating painful and increase the frequency and urgency of urination. These experiences can cause a cat to urinate or defecate outside the litter box, particularly if he associates the litter box with pain. Kidney and thyroid diseases as well as diabetes mellitus are also possible culprits in a failure to use the litter box, as they often lead a cat to drink more and urinate more frequently. Similarly, digestive tract problems may make it painful for a cat to defecate, increase the frequency or urgency, and decrease a cats control over defecation. Finally, age-related diseases that interfere with a cats mobility or with his cognitive functions can influence his ability to get to the litter box in time.

Litter Box Aversions
An aversion to the litter box can also lead to house soiling. It could be the box, the litter, the location of the box, or all three that your cat finds unsavory. A cat with an aversion to her litter box will usually eliminate on a variety of surfaces. You may find puddles of urine or feces on soft surfaces like carpets, beds, or clothing, or on hard surfaces like tile floors or bathtubs. Depending on how much your cat wants to avoid the litter box, he may continue to use it, but only inconsistently. 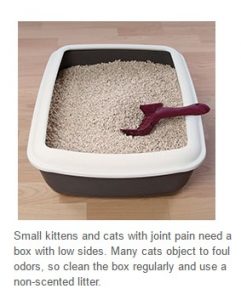 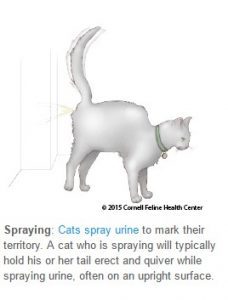 What you can do to stop the litter box problems 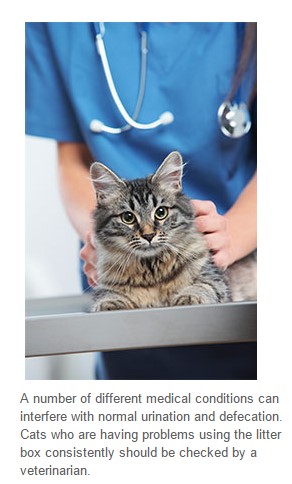 Once you have identified the house-soiling cat, it is wise to take him to your veterinarian for a thorough physical examination and appropriate diagnostic tests to check for underlying medical problems. Cats with medical conditions may not always act sick.

Identify the Cause
Once medical causes have been ruled out, your detective work begins. Here are some patterns that may point to a cause:

Will medications stop my cat from house soiling?
Anti-anxiety drugs are more likely to prevent spraying behavior than other types of house soiling. Whenever it is used, medication can only be part of the solution, and must be used in conjunction with environmental changes. Also, medication can have potentially damaging side effects, and not all cats are good candidates. Cats placed on medication for long periods must be monitored closely by a veterinarian.

What can I use to clean my cat-soiled carpet, couch, and other household items?
Cats will re-soil and spray areas they have marked with their scent, so cleaning cat-soiled items is crucial for breaking the cycle of elimination. Cleaning is most effective when it’s done soon after an item was soiled, and odors must be neutralized, not just deodorized, to escape a cat’s keen sense of smell. Avoid cleaning products containing ammonia or vinegar as they smell like urine and can be irritating.

What other methods should I consider to stop litter box problems and spraying?

“He’s doing it to punish me!”
It?s common for owners to think cats soil in inappropriate places as a way of taking revenge, but cats probably don?t have the kind of sophisticated cognitive abilities that they would need to make these tit-for-tat calculations. What’s more, although humans are disgusted by urine and feces, cats don’t see them as unpleasant, so they would be unlikely to use waste products as weapons against their humans.

House soiling can be a frustrating problem, but you should never hit, kick, or scream at a cat. Punishments like these are not only ineffective, the anxiety they cause may actually worsen the house soiling problem. Similarly, rubbing a cat’s face in its excrement is ineffective because cats are not disgusted by their urine and feces, and they cannot make the connection between the treatment and the mess, even moments after they’ve done it.

Conclusions
A common and frustrating problem, inappropriate elimination can be difficult to control. A full resolution depends on early intervention, followed by detective work to determine the cause of the behavior, and time and effort on your part to solve the problem. In partnership with veterinarians, both cats and the people who love them can live in harmony and good health.

Cats that Lick Too Much

Choosing and Caring for Your New Cat

How Often Should You Feed Your Cat